Tim was recently nominated for a St. Louis Theater Circle Award as Outstanding Supporting Actor for his performance as Mickey Marcus in The Normal Heart.

Recent productions that Tim has performed in have been singled out with nominations and awards from the St. Louis Theater Circle Awards for Best Ensemble (The Hairy Ape, All Is Calm, The Normal Heart) and Best Production.

Here’s what the critics have to say:

Smoke On The Mountain, 2008     “…it falls to Uncle Stanley (Tim Schall) to plumb the heart of this Mustard Seed Theater production. Schall’s performance .. is plaintive, wounded, lonely and still hopeful… a full portrait of a man unsure of himself but willing to keep going.”– Paul Friswold, Riverfront Times

He has appeared with multiple theaters in St. Louis and Chicago, including The Muny, Stages St. Louis, The St. Louis Black Rep, New Jewish Theater, Pegasus Players, Chicago Opera Theater, both the Chicago and St. Louis Symphony Choruses and  as a soloist with Webster University’s Opera Scenes.

All Is Calm receives Best Musical 2014 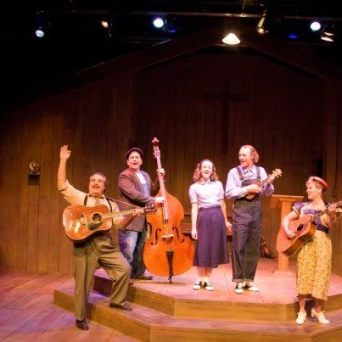